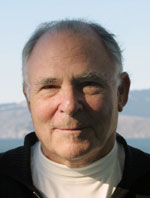 Paul Ekman gave a lecture at Tolman Hall to the Department of Psychology here at the University of California, Berkeley. It developed into some sophisticated methods for observing the facial expressions of people about to commit murder. He had carefully watched over one hundred attempted homicides captured on film. In some of the films, like the assassination attempt of President Ronald Reagan, Ekman was able to see with some clarity the recorded facial expressions of the murder for several minutes prior to the actual attack. The lecture was about observations based on the development of ideas from his thirty five years of research which has been published in such books as: The Nature of Emotion (1994), What the Face Reveals (1997), Telling Lies (1985), and Emotions Revealed (2003). He said that there were facial expressions which were consistent indicators of specific emotional states, but that from the facial expression alone you could not tell what was underlying the reason for the emotion.

In the example of Hinckley’s attempt on the life of President Reagan there was so little time from the time he pulled out his gun until four people were shot that no guard could have pulled out their own gun and shot Hinckley first. Therefore, Ekman said, it is essential for guards to be very good at spotting possible assassins before they shoot, and block them from access to clear shooting positions. I am reminded of what Sun Tzu said to do 2500 years ago to do in similar situations, “Place something odd and unaccountable in the aggressor’s path so that he is forced to hesitate, and think.”.

Ekman has developed training programs for identifying underlying micro-emotions, and he showed a few clips of the kinds of emotions one can be trained to identify. There was also mention of some training programs aimed at more difficult emotions to spot. Debbie Foster asked the question, “Are there mixed emotions, and blends of emotions which can be seen?” To which he replied at some length that he didn’t think there were blends, but that what happened was a rapid movement through various basic emotions. These can be quite rapid, sometimes happening at a rate of more than one per second, but even at that rate they can sometimes be spotted. He showed us a clip of Kato Kaelin talking in a TV interview, which has been shown many times on national TV, where he is discussing a book deal which may or may not be in the works for him. Kato displayed the micro-emotion, of a contemptuous nose scrunching gesture, lasting a few tenths of a second, but coupled with the conversation and played back slowly enough it could be seen that an unpleasant contempt was underlying his thoughts. Ekman said that people could be trained to discern these micro-gestures from the background flow of their other expressions. He then presented various statistical data of pre-training and post-training interpretation of facial gestures by normal test subjects. In the tests results presented to us the subjects were trained for only twenty minutes, but even with that little training there was substantial improvement in their ability. He was asked if that improvement in reading faces was permanent, but Ekman said he didn’t know as no experiments had been performed, but obviously being human subjects there is without doubt some learning. He showed us some data on schizophrenics, and averred that they had poor ability to read facial expressions, but that after twenty minutes of training that the schizophrenics scores came up to the control group’s average beginning scores. However, when tested later the schizophrenics did not retain what they had learned.

Ekman showed us a few samples from his Micro Expression Training Tool (METT) kit which is an online self-administered series of photographs showing an actor expressing various facial gestures. He explained the necessity of using actors for the training was so the lighting, facial angles, and intended psychological state could be known, and controlled. The real life situations are simply too complex, and varied to be used in basic training, but are used later in more advanced training, and also in comparing, and justifying the training examples with real experiences.

It was an excellent lecture, and I came away wanting to take the Micro Expression Training course, and learn how to understand people’s expressions better. There wasn’t an opportunity to talk with Ekman after the lecture because he left almost immediately, but I wanted to show him my Probaway – Pain Scale because it has some drawings of faces that are intended to illustrate various levels of pain.