This map of The Roman Empire is for 54 AD, 25 years before Mt. Vesuvius erupted with the sites inside of colored coded circles.

Apsaros at latitude 41.6° (lat/lon 41.573, 41.573) is at the easternmost point on the Black Sea. It had a Roman fort at that location and was the furthest east the Empire extended at that time. 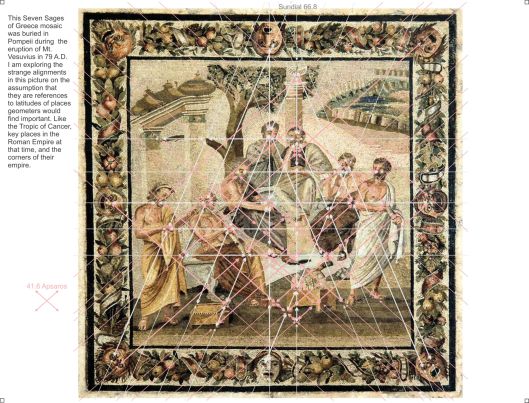 Apsaros at 41.6 is revealed in the multiple hot spots found here.

The Seven Sages mosaic with lines drawn at 41.6 degrees latitude from the left and right that intersect with lines projected from the sundial. 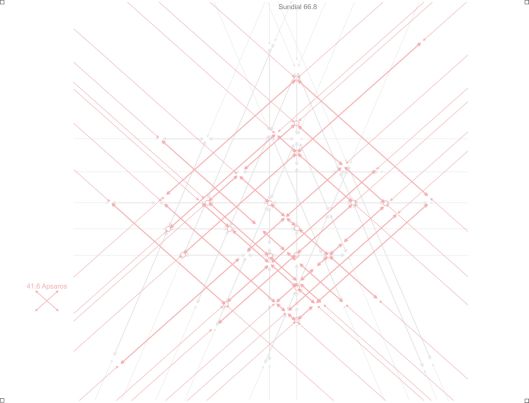 Apsaros hot spots shown where there are multiple intersections of predefined lines.

Pliny the Elder wrote of the Apsaros fortress in his book on Natural History. It is a possibility that he was responsible for creating the Seven Sages mosaic which is the stimulus for these inquiries. He was a wealthy man, a prolific author and as knowledgeable as any Roman of geography at that time.

The Seven Sages mosaic has an astonishing number of multiple overlaps of key points in not just this location but at several other important sites.