Go to the Index of 120 Philosophers Squared

Mary Wollstonecraft (1759 – 1797), English philosopher of women’s rights. “No man chooses evil because it is evil; he only mistakes it for happiness, the good he seeks.”

Mary Wollstonecraft was an early advocate of women’s rights. 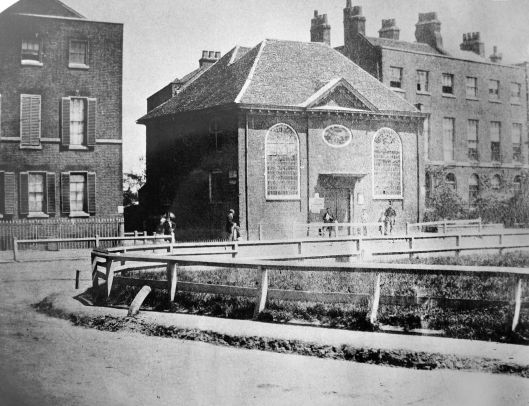 My own sex, I hope, will excuse me, if I treat them like rational creatures, instead of flattering their fascinating graces, and viewing them as if they were in a state of perpetual childhood, unable to stand alone. I earnestly wish to point out in what true dignity and human happiness consists – I wish to persuade women to endeavor to acquire strength, both mind and body, and to convince them that the soft phrases, susceptibility of heart, delicacy of sentiment, and refinement of taste, are almost synonymous with epithets of weakness, and that those beings who are only objects of pity and that kind of love, which has been termed its sister, will soon become objects of contempt.

How can a rational being be ennobled by anything that is not obtained by its own exertions? It would be an endless task to trace the variety of meanness, cares, and sorrows, into which women are plunged by the prevailing opinion that they were created rather to feel than reason, and that all the power they obtain, must be obtained by their charms and weakness.

I am a strange compound of weakness and resolution! However, if I must suffer, I will endeavor to suffer in silence. There is certainly a great defect in my mind — my wayward heart creates its own misery — Why I am made thus I cannot tell; and, till I can form some idea of the whole of my existence, I must be content to weep and dance like a child — long for a toy, and be tired of it as soon as I get it.

Independence I have long considered as the grand blessing of life, the basis of every virtue; and independence I will ever secure by contracting my wants, though I were to live on a barren heath.

The preposterous distinction of rank, which render civilization a curse, by dividing the world between voluptuous tyrants and cunning envious dependents, corrupt, almost equally, every class of people, , because respectability is not attached to the discharge of the relative duties of life, but to the station, and when the duties are not fulfilled, the affections cannot gain sufficient strength to fortify the virtue of which they are the natural reward. Still there are some loop-holes out of which a man may creep, and dare to think and act for himself; but for a woman it is an herculean task, because she has difficulties peculiar to her sex to overcome, which require almost super-human powers.

Till society is very differently constituted, parents, I fear, will still insist on being obeyed, because they will be obeyed, and constantly endeavor to settle that power on a Divine right, which will not bear the investigation of reason.

Friendship and domestic happiness are continually praised; yet how little is there of either in the world, because it requires more cultivation of mind to keep awake affection, even in our own hearts, than the common run of people suppose. Besides, few like to be seen as they really are; and a degree of simplicity, and of undisguised confidence, which, to uninterested observers, would almost border on weakness, is the charm, nay the essence of love or friendship, all the bewitching graces of childhood again appearing.

How can a rational being be ennobled by any thing that is not obtained by its own exertions?

In fact, it is a farce to call any being virtuous whose virtues do not result from the exercise of its own reason.

It appears to me impossible that I should cease to exist, or that this active, restless spirit, equally alive to joy and sorrow, should only be organized dust — ready to fly abroad the moment the spring snaps, or the spark goes out which kept it together. Surely something resides in this heart that is not perishable, and life is more than a dream.

Nothing contributes so much to tranquilizing the mind as a steady purpose – a point on which the soul may fix its intellectual eye.

Women ought to have representatives, instead of being arbitrarily governed without any direct share allowed them in the deliberations of government.

I love my man as my fellow; but his scepter, real, or usurped, extends not to me, unless the reason of an individual demands my homage; and even then the submission is to reason, and not to man.

Weakness may excite tenderness, and gratify the arrogant pride of man; but the lordly caresses of a protector will not gratify a noble mind that pants for, and deserves to be respected. Fondness is a poor substitute for friendship.

Women are degraded by the propensity to enjoy the present moment, and, at last, despise the freedom which they have not sufficient virtue to struggle to attain.

But women are very differently situated with respect to each-other – for they are all rivals (…) Is it then surprising that when the sole ambition of woman centers in beauty, and interest gives vanity additional force, and perpetual rivals should ensue? They are all running the same race, and would rise above the virtue of morals, if they did not view each other with a suspicious and even envious eye.

I do not wish women to have power over men; but over themselves.”

It is vain to expect virtue from women till they are in some degree independent of men.

Independence I have long considered as the grand blessing of life, the basis of every virtue; and independence I will ever secure by contracting my wants, though I were to live on a barren heath.

COMMENTS:
Mary Wollstonecraft was struggling for women’s rights in a far more confining situation than modern American women encounter, and yet the same problems are still abundantly present. You may quickly observe the real sympathies of the general public by going to the magazine section of your local supermarket. The managers place those items on their shelves based on what they have sold in the past. Their motivation is to sell merchandise and not to manipulate public opinion, and thus the magazines being offered are a good indication of what people have purchased and what they now want. What the public is purchasing is sexist in the extreme; the women’s magazines are dedicated to being attractive and the men’s are based on achieving more personal power as symbolized in cars, sports and guns. Since Wollstonecraft’s time women have made great strides in voting rights and economic rights, which have given them much greater independence, and yet is seems their emotional needs are still those of 1770’s English women.

In observing Machiavelli before and Nietzsche after Wollstonecraft, it is stunning to observe how they are extreme examples of masculine lust for power, of which both were largely denied, while Wollstonecraft’s craving for fairness based on equality was also largely unfulfilled. It appears that all humanity is trapped and condemned by something in our DNA.

“No man chooses evil because it is evil; he only mistakes it for happiness, the good he seeks.”