Go to the Index of 120 Philosophers Squared

Zeno of Elea (490 – 430 BC) was famous for peculiar paradoxes. Most of them are easily disproved by common sense empirical observation, but that solution to the problems isn’t really addressing the inherent philosophical problem. Perhaps it can never be solved in Zeno’s terms, but personally I think he was splitting hairs. Actually, that works just fine empirically right down to the Planck Limit in time and space at which point further splitting becomes statistically mediated randomness. The empiricists come right down to that tiny tiny point and then say it is foolishness to pursue further. However, the Quantum Physics folks come to that random limit and get really excited, and successfully predict in a statistical way what will come of further pursuit. 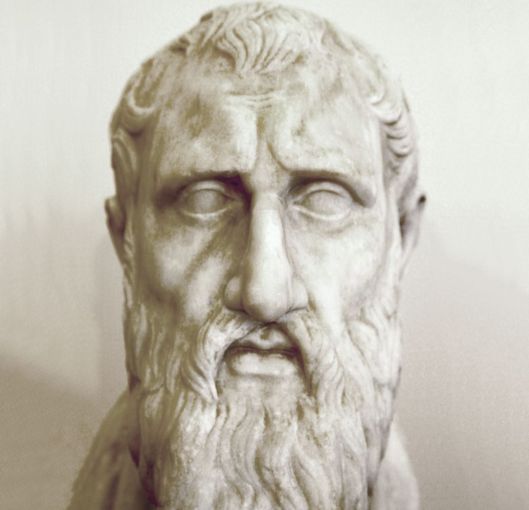 Zeno of Elea the philosopher of Paradox

Zeno probably would have loved the modern subatomic research, and its observations, but might still have considered their conclusions blurry and he wanted perfect precision in his answers. That may not be possible.

Here are some thoughts attributed to Zeno, but they aren’t paradoxes. –
“Fate is the endless chain of causation, whereby things are; the reason or formula by which the world goes on.”
“No evil is honorable: but death is honorable; therefore death is not evil.”
“Wellbeing is attained by little and little, and nevertheless is no little thing itself.”

Isaac Newton answered this question by conferring inertia to the moving objects, and if your argument insists on stopping both Achilles and the Tortoise at every point then the counterargument would insist that inertia equivalent to the mass times velocity must be maintained at that point. Other Brits with time on their hands like Bertrand Russell and Lewis Carroll worked their brains on these problems, so they must be important.