Selections of YouTube earthquake videos of the February 22, 2011 Christchurch quake. It was strangely difficult to wade through the advertising and other non-interesting stuff to find the good videos. Listed below are some of the best ones. I can only hope the links stay active, because that is totally out of my control. Since these are only links to other sites any copyrights that are still attached to the videos are at their source. 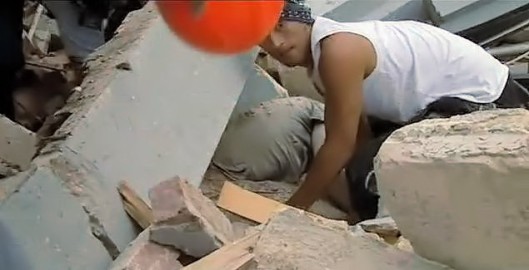 This guy is my hero! He quickly does what needs doing!

Liquefaction of the soil causes strange things to happen during earthquakes.

Christchurch Newstalk ZB building is seen standing in the background. 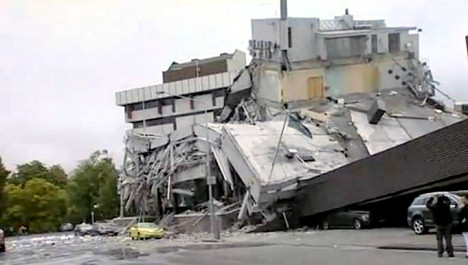 [Update: 2011-02-25. Note the flag flying above the Pyne Gould Buinness building is nearly at ground level after it collapsed sidways. I finally found this building on Google Steetview. It is of the building behind the collapsed building. 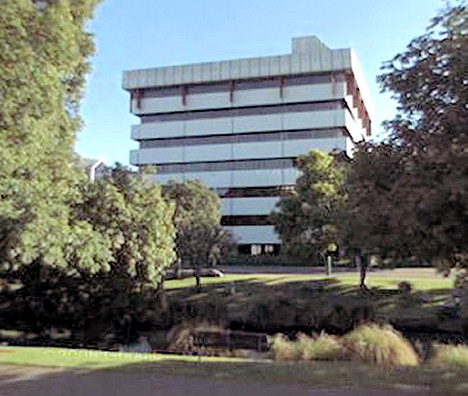 It became visible in the collapse picture above only after the earthquake.]

The strong man and the three walking victims pictured at the top are 390 meters, line of sight through the buildings, behind the upper right hand corner of the CTV building. The News ZB building is on the right. They photos were made at the intersection of Manchester and Gloucester. These events were recorded for TV posterity because they were within a couple of blocks of the media centers of South Island. The cameramen just picked up their cameras at their offices and started walking. There were probably many other similar scenes of heroism and tragedy, but they will only be remembered by those actually involved. It took a lot of time to find the various locations because there were so few visual references. It makes a image and story more meaningful when the viewer knows exactly where the various actions are taking place; so, when making overview shots, insert a latitude longitude marker.

With documentary photos be sure to include easily identifiable distant objects.

5 thoughts on “Christchurch 6.3 quake with links to YouTube video selections”