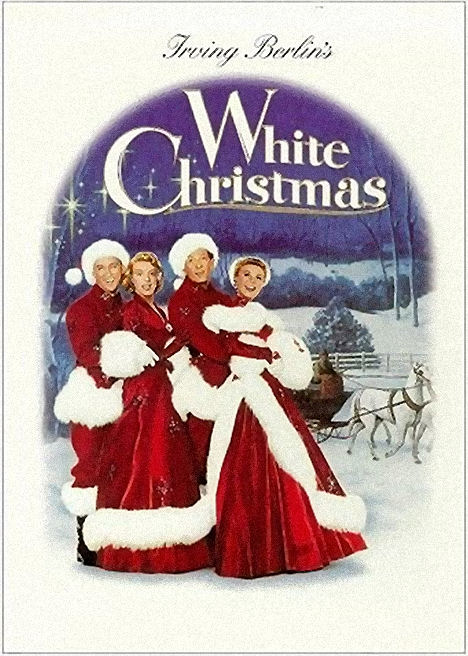 Bing Crosby sold more recordings of White Christmas, the 1942 version, than any other song in history, according to the Guinness book of records. I remember it as one of my favorite songs as a child, possibly from Christmas Day 1941; but last night while watching the 1954 movie version of it, in my curmudgeonhood, I was shocked at how flawed Bing’s rendition seemed to be. Perhaps it was intentionally roughed up for the movie, I don’t know, but it seemed a bit amateurish and hokey. His acting was actually quite good most of the time but it was in that stilted way of the movies of that now distant time. Danny Kaye and Rosemary Clooney also had top billing and played their hokey rolls well, but what really shocked me was the almost ignored Vera-Ellen.

Vera-Ellen was not quite a major star and doesn’t even get a portrait picture in the IMDb, but her dancing in this movie was the most astonishing thing in the movie. This perennial Christmas favorite movie released in 1954  is second only to the 1946 It’s A Wonderful Life for modern late night Christmas season TV viewing. If she had done these same dances with a more singable song, to set them off properly, they would have rated among the best dances of all time. Her athletic ability was amazing and the dances were always shot with very few cutaways. The most famous dance scene of all time, Gene Kelley’s “Singing in the Rain,” from An American in Paris, has lots of cutaways and although there were many clever little tricks there was never anything particularly dangerous about his moves. Vera-Ellen’s dancing was so very dangerous I was surprised she survived her dancing career without getting dropped and seriously injured.

I have been watching TIME’s – Top 10 Movie Dance Scenes which rates Singing in the Rain as number one.

(I hope copying and commenting on their list with their built in links is okay, after-all it goes straight to their web site; so what I am functionally doing here is nothing more than advertising their site.)

The dance scenes from my memory that stand out are the hard to find, like the uncut one from Metropolis and a pleated dress dance from On The Town, I think, but couldn’t find.

Vera-Ellen needed a movie and a director to set her off; she had the talent and drive but perhaps too much killer instinct. Here are some of her dance clips from YouTube:

Dancing on her Toes is athletic and meaningless without a setting

Miss Turnstiles from On the Town

Something To Dance About with Donald O’Connor

You Make Me Feel So Young her dancing gets in the way of communication, she seems to be imitating Shirley Temple as seen in this bit, but not so much in War Babies.

The Best Things Happen While You’re Dancing. This is the clip from the movie White Christmas which I was watching that got me started on this post, but now that I’ve watched these other clips it seems physically safe compared to these others. It has the exquisite quality of smooth fluidly formed glass art works but also that same tough frozen-brittleness.

She is fabulous but always a little bit too much over-there; she doesn’t communicate that vulnerable feeling of the role she pretends to be playing and although she is so very cute she is always a ball-buster in command even with Fred Astaire.

In Drei kleine Worte Fred Astaire and Vera-Ellen are the ultimate in absurd perfectionism.

3 thoughts on “I’m Dreaming of a White Christmas with Vera-Ellen.”