The lecture by Paul Ekman at the University of California, Berkeley tonight at the North Gate Library was packed with about 300 university people to overflowing, and hanging in the windows. 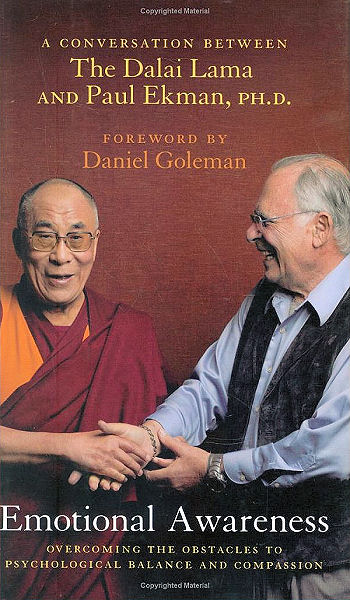 The beginning of the lecture was made up of long audio recorded quote sessions between the two men which gives a real feeling for the deep yet pleasant tone of their conversations. This lecture was being videotaped and I will link it here when it becomes available. After the audio session Paul opened the floor to questions from the audience, and there were many good ones. He made quite a few, about six, references to Charles Darwin, and his statements supported Paul’s belief that the potential for expressing almost all emotions is hardwired.

I didn’t ask any questions because what I wanted to ask would have required some discussion of my theory of how humans evolved for the last hundred thousand years under the guidance of artificial selection controlled by speaking women. That question would have been too complex. There were other questions based on Darwin’s The Expression of the Emotions in Man and Animals which he did delve into a bit. The answers to the questions about Kristen Monroe’s book The Heart of Altruism were developed at length which seemed to be linked to his Taxonomy of Empathy which had several sub-headings, Emotion Recognition, Resonance, Compassion, Global Compassion and Heroic Compassion. This was a hierarchy of empathy, a scale in which one must have them in the order presented. He discussed each level and gave simple examples. The highest level, heroic compassion, is expressed by very few people. The book probably goes into these things. He graciously signed our copy, and I thanked him for making all of our lives better.

Before the lecture, at the reception, I got to talk to Dr. Ekman briefly, and mentioned to him how reading his book Emotions Revealed was so painful for me that I had to put it down. He replied that this one is much more enjoyable. I mentioned to him the movie 21 Grams where my favorite actress Naomi Watts expressed anger to a degree which I have never seen, and that he might value her expressions.