Today, I attended three lectures. They all were interesting to people involved in the particular fields, but unfortunately for me there wasn’t much I could use for my particular quests. That’s okay because it gives me a much broader base on which to develop my personal thoughts. 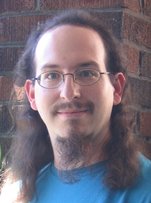 The first one was about computer security by Ian Goldberg, University of Waterloo. It was very technical, and exciting in its own way for people seeking information when they want to remain anonymous, and don’t want the information source to know what information is important to them as recipients. A strange quest, and highly mathematical in its practical solution. He accomplishes this magic by dealing with multiple servers and computers accessing the information through multiple channels, and then re-combining the information on the receiving computer. This all requires some fancy mathematics, and clever computer programs, but in the end he is able to retrieve information in complete confidence, and complete secrecy at only a penalty of about four times longer download time as the naked data download time.

The second lecture by the author of Appetite for Profit, Michele Simon, was about the food industry, and how the corporate system, and its soulless quest for profit undermines the human motivations for moral relationships with other humans. Thus, the corporations choose to deliver what they can sell at the most profit rather than try to deliver what is best for their customers, and their physical health. The end of this process is an obese-public epidemic, and a medical catastrophe in the offing. To the soulless corporation this is the responsibility of the consumer. It sounds like the tobacco industry all over again.

The third lecture was an overview of the coming decade in microcomputers presented by Ricardo Suárez-Gärtner, Director Physical Technologies Lab, Corporate Technology Group, Intel Corporation. He discussed the various problems with making the coming computers capable of even greater feats. He mentioned such things as multi-core CPU chips each surrounded by large quantities of memory. This becomes possible as the 16nm processors, now in the lab, become possible for commercial production. It isn’t so much that the clock speed will be much faster as that there will be more happening between completed operations taking place in separate CPUs. Also there is the possibility of using high bandwidth radios within the computer for communicating with other components which are very close but which are still separate in physical function. There are all sorts of multidisciplinary trade offs between competing needs all of which are controlled by the limits of physical laws.

3 thoughts on “Berkeley Lectures – A day’s sampling of the strange and wonderful world of Berkeley.”